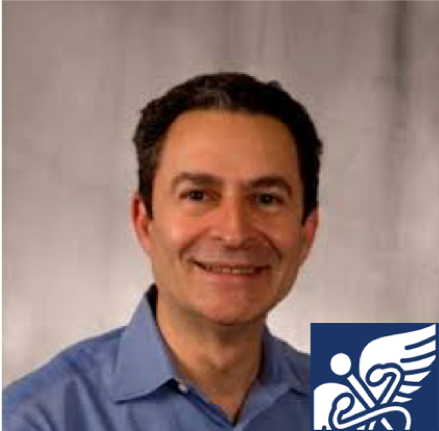 Biologics for the Treatment of Psoriasis

I like to tell my psoriasis patients that we are living in an era that offers alot more effective treatment options for what used to be a huge “hassle” to manage.

So called “biologic” therapy describes another systemic treatment option for psoriasis. ("Systemic" therapy means that it acts on the whole body and is not something that is applied to the skin.)

Biologic medications are proteins that act upon parts of the immune system and differ from other medications that are synthetic chemicals. Most biologics are injected subcutaneously, like insulin for diabetes. In fact, insulin is a biologic molecule, but we don’t describe it that way.

It is becoming more clear that those with psoriasis have an increased risk of developing coronary artery disease compared to patients without psoriasis.

The biologics can inhibit inflammatory signals, like TNF-alpha, and may help reduce this additional risk of developing heart disease and other vascular problems in the future. This could offer a potentially signficant advantage for biologics over other treatment options. However, this benefit has not been fully proven yet.

I encourage my patients with psoriasis to utilize the resources on our website or go directly to the National Psoriasis Foundation website to learn more about their disease and treatment options. Then we can work together to balance the benefit and risks associated with these treatment and make a decision that is good for them.

Although there is no cure for psoriasis, there are a variety of effective treatment options that can clear the skin lesions caused by psoriasis.

Your doctor will recommend one or more psoriasis treatments depending on the following factors:

Some types of psoriasis, such as pustular psoriasis, are associated with greater inflammation and greater risks, so are treated more aggressively than other types.

2) Location of psoriasis lesions (trunk vs. hands/feet, vs. scalp)

The location of the psoriasis lesions can determine the optimal treatment. For instance, scalp psoriasis might benefit from the application of a shampoo containing a corticosteroid (i.e. clobetasol). However, lesions that appear in the groin or underarms may require the use of a different medication due to the sensitivity of the skin there.

4) Possible side effects and convenience of a treatment

Some psoriasis treatments are associated with greater risks the longer or more frequently they are used. For instance, cyclosporine and methotrexate can only be used for a limited amount of time prior to switching to alternative treatments. Similarly, the use of PUVA may be limited due to the long-term damage to the skin from excessive use.

Since psoriasis treatments may work better for some patients than others, be prepared to try more than one treatment.

If a particular treatment regimen is found to be safe and effective for an individual, that treatment may be recommended again for a similar flare.

For mild to moderate psoriasis, many people may find sufficient relief from one or more of the following creams or ointments applied to the skin.

Oral medications may be prescribed for people with moderate to severe psoriasis whose psoriasis lesions do not respond sufficiently to topical medications or phototherapy. Because these medications are taken by mouth and absorbed into the blood, they reach the deeper layers of skin throughout the body.

These psoriasis medications can be very effective, but also have serious potential side effects to consider. Oral psoriasis treatments include:

Other oral treatments for psoriasis that might be considered include isotretinoin (Accutane®, Sotret®), hydroxyurea, mycophenolate (Cellcept®), and sulfasalazine.

As the name implies, phototherapy involves the use of light to treat psoriasis.

Phototherapy may use UVA or UVB rays. Although excessive exposure to UV radiation increases a person's risk of developing skin cancer, it has been shown that UV light can suppress T cell activity within the immune system and slow down the uncontrolled growth of skin cell. This leads to a reduction in the scaly plaques of psoriasis.

Before trying a sunlight or phototherapy regimen, seek the guidance of your doctor to make sure you don’t overexpose your skin to UV radiation and aggravate your symptoms.

There are three main types of phototherapy:

Biologics for the Treatment of Psoriasis

Biologics (also called “disease-modifying therapy” or “immunomodulators”) are a relatively new treatment option for people with moderate to severe psoriasis. They are given this name because they are derived from human or animal proteins instead of chemicals like most other medications.

Biologics work by targeting specific parts of the immune system, such as T cells or TNF (tumor necrosis factor), a chemical used to transmit messages between immune cells. This focused approach reduces the likelihood of side effects seen with medications that affect the entire immune system.

Biologics must be administered by injection, either into the skin (subcutaneously), into the muscle (intramuscular or IM), or by intravenous infusion (IV). Subcutaneous injections are similar to the insulin shots used by someone with diabetes and can be administered by the person with psoriasis or a caregiver.

Some biologics may require long-term use to keep psoriasis under control.