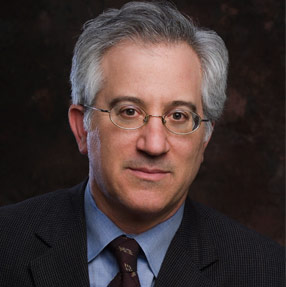 Facial lines caused by facial expression are called "hyperfunctional facial lines". Contractions of facial muscles scrunch the skin and can, over time, damage the collagen and cause prominent lines, such as frown lines, forehead lines and crows feet. Frown lines are often interpreted as anger, anxiety, fatigue, fear or sadness.

Relaxing those muscles with Botox®, Dysport® or Xeomin® are generally very well tolerated.

Botox®, Dysport® and Xeomin® are all proteins produced by a bacteria called “clostridium botulinum”. Botox® was first used in the early 1980?s in the treatment of a number of eye disorders, such as strabismus (crossed eyes). Now it is widely used to treat hyperfunctional facial lines. It is also very useful to reduce overactive sweating of the underarms, palms and soles.

An emerging use is in the treatment of migraine headaches.

Dysport® and Xeomin® are newer forms of botulinum toxin that provide clinical effects similar to Botox®.

These different forms of botulinum toxin all block nerve impulses. If they are injected into a muscle, they prevent the muscle from being activated and stop muscle contractions. Botox® usually takes a week or so to reach full effect. The effects of treatment with Dysport® and Xeomin® may appear a little sooner.

Because the effects tend to wear off after a few months, repeat injections are often performed 2-3 times a year. Botox® has been used in thousands of individuals over many years and has an excellent safety record. However, as with any medical treatment, side effects can occur. Reported side effects include bruising and swelling at the injection site and a transient headache. Ptosis, a drooping of the eyelid and/or eyebrow, occurs in 1-2% of patients and generally resolves within 2 weeks of treatment. Strabismus, a weakening of the eye muscles, is a temporary side effect that has been reported. Although this is a temporary reaction, it could make driving unsafe. This is rare in the doses used for wrinkle treatment.

Botulinum toxin is a medication that is injected into the muscles beneath the skin to improve the appearance of fine lines and wrinkles.

Botulinum toxin is a safe, non-surgical alternative to other anti-aging treatments. Each treatment session takes only a few minutes in a doctor’s office.

There are several brands of botulinum toxin that have been FDA approved for the treatment of fine lines and wrinkles, including Botox®, Dysport®, and Xeomin®. Your doctor will select a product based on several criteria, including the area to be treated.

Botulinum toxin weakens the muscle into which it is injected. When a muscle normally contracts, such as when someone squints or frowns, it causes the skin above to crease. A botulinum toxin-weakened muscle leaves the skin smoother and less prone to wrinkling. The lines that result from frequent muscle contractions gradually fade, and in some cases, disappear.

Botulinum toxin is frequently used for the following:

Your doctor will determine where to inject and how much medication to use. Following treatment, you will see start seeing results in about 3-5 days, with peak results in 7-10 days.

Over a period of 3-5 months, the botulinum toxin slowly wears off, and the affected muscles regain their ability to contract fully. Repeat injections are performed when muscle function returns.

Side effects of botulinum toxin injections include minor discomfort, redness, and occasional bruising at the injection site. These usually resolve in a few hours to a few days. Rarely, temporary drooping of an eyebrow may occur. This usually resolves after a few weeks.

You may wish to discuss potential side effects with your doctor.

Although botulinum toxin has been FDA-approved and used safely for fine wrinkles, the treatment has received some bad press due to occasional poor outcomes or dangerous results. Keep in mind that most of these unfortunate events were due to the medication’s use by unqualified individuals (non-physicians) or the use of a non-FDA approved source of botulinum toxin.

Tell your doctor if you have any concerns about receiving botulinum toxin treatments.